On Wednesday January 18 2017 the Derby bus rolled out of Mowanjum with 16 high school students and 4 adult leaders on the annual bus trip to Perth. After 2500 km, staying overnight at Port Hedland Uniting Church and Karalundi School at Meekatharra they drove into the Ern Halliday campsite at Hillarys, Perth on Friday 20th. Port Hedland congregation have always given them a great welcome and a meal after a long day on the road. It is much appreciated.

The campsite under the trees had been set up prior to their arrival by the Boab Network volunteers and food put in the pantry store. It proved to be an ideal place to call home for the week. The beach was a short walk through the tunnel under the road and onto the sand, the basketball courts were close to hand and facilities were excellent. 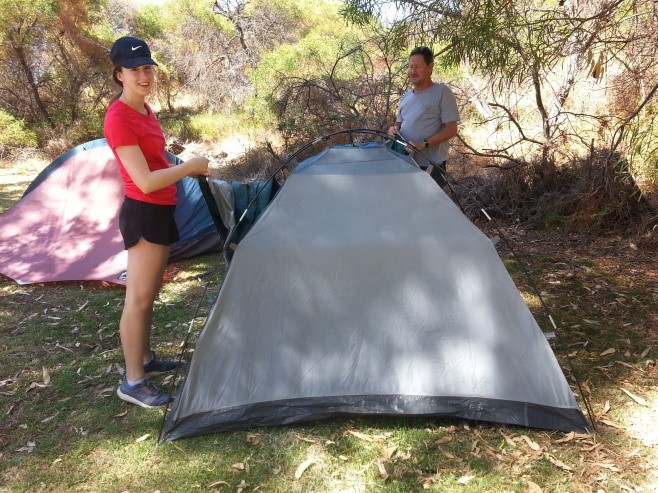 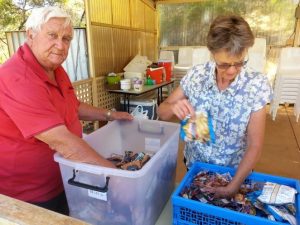 An active daily program was in place involving heaps of volunteers and welcoming organisations across Perth. 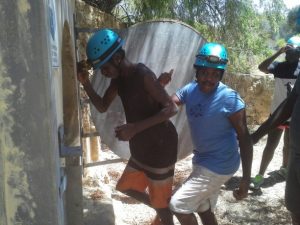 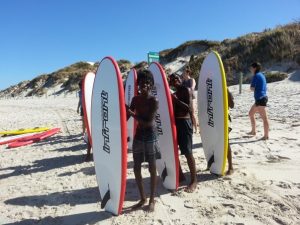 Department of Sport and Recreation trainers took our kids to the huge flying fox for a morning session, then to the underground caving course at the campsite.  It was enormous fun and a good way to unwind after the bus trip. These activity costs were generously funded by a donor.

Sunday was the introduction to the city, with train rides (thanks to TransPerth) and ferry to South Perth. Wesley UCIC was welcoming – first at church, then a BBQ lunch and a trip up to the 50th floor of the Rio Tinto tower – the highest building in Perth. Wesley’s financial assistance made this bus trip possible for Boab Network to achieve and we are grateful for their generosity. 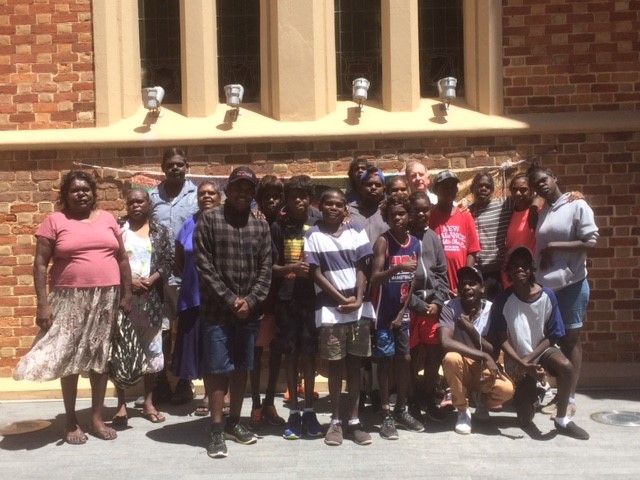 Students and Leaders outside Wesley Church

Monday was an early start to the Joondalup HBF Arena and sponsored by them. West Perth Football club welcomed them, then the basketball courts, followed by the amazing water playground. Lunch was at Floreat Uniting Church with indoor games.

Tuesday was a highlight at CircusWA in Fremantle again via the train. The 4 hour training session was really popular with the Mowanjum kids and the Boab young volunteers – a real bonding session. They all showed such skill with the very professional guidance of CircusWA trainers. Thanks to Wembley Downs Uniting Church for sponsoring this session. A walk around the historic sights, lunch at Cicerello’s Fish Market and fun with free rides on the Ferris wheel completed the outing.

Wednesday was an invitation from Micky to Scarborough SLSC. His young band of life savers and their floating pontoon, jetski and games provided great fun on a very hot day. Lunch was at Floreat UC, then a trip through Coles supermarket, before going to UWA’s Aspire program and Indigenous Studies department. Two of the Mowanjum year 11 students had spent a week at the Aspire program last year so were able to talk about the benefits of their experience. Staff encouraged some of the students to join in this year. They discussed the support they would get if they decided to come down for university later and took the kids on a short tour of UWA 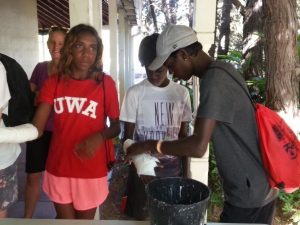 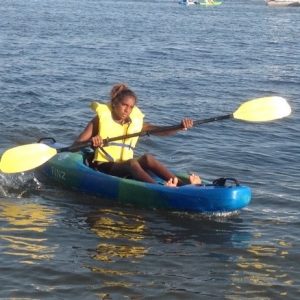 Thursday was shopping day in the morning followed by a picnic on the river with kayaks at Nedlands. We had hoped to see the fireworks but the tragic accident on the river meant they were cancelled. Lots of the Boab Network family and friends came to enjoy the foreshore too so it was a great last night in Perth. One of the boys spent the night in hospital having his broken toe repaired but it was great that he was able to have it done before returning.

The bus left by 8.00 on Friday, having changed to the inland route to avoid menacing weather on the coast. A happy and quick trip back is a credit to our capable bus drivers, Ross and John.

Many new young and older volunteers made contact with the Mowanjum people through the trip to Perth and have expressed an interest in continuing that liaison. It is a wonderful way to introduce the city to the bush and will have long-lasting benefits for many of the people involved. It was a time of friendship and laughter with lots of great memories and experiences for everyone.

The benefits of the excursion to Perth for Mowanjum students are:

But it’s not only the visitors that benefit. As hosts we do too. We enjoy getting to know a fantastic group of young, bright individual characters and sharing with them their zest for life. We are enriched by glimpses of their culture that opens up for us new ways of looking at life

But above all – it’s fun – for everyone! 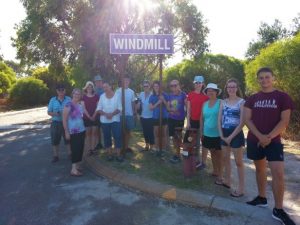 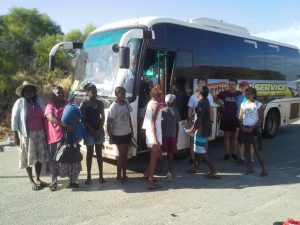 Boarding for the Return Trip