About The Boab Network

Mowanjum is the current home of the Worrora, Ngarinyin and Wunambul tribes. Its origin is a mission that began in 1912 by the Presbyterian Church at Kunmunya for the coastal Worrora and Wunambul tribes. A key missionary in this early period was Rev J.R.B. Love who encouraged the continuation of key cultural practises. The inland Ngarinyin tribe was settled at Munja, a government feeding station. They joined the mission in 1951 when all three tribes were moved to Wotulum opposite Kulin Island. In 1956, they were moved again by government far from their ancestral lands to a 56,000 hectare pastoral lease outside Derby. There they took the name Mowanjum meaning “settled at last”. When Government ended the mission era in 1977 the community were moved again to the Gibb River Road. They began self-management through the Mowanjum Aboriginal Corporation. Their  “Wandjina” culture helped keep the community together during this traumatic transition from traditional lifestyle to settled existence within a radically different culture on the foreign land of the Nykina tribe. To keep their culture alive they formed the Mowanjum Arts and Cultural Centre where they hold an annual festival each July. Under self-determination, the community has experienced increasing difficulties. In 2007 after a call for help from the Mowanjum Uniting Church because of a youth suicide crisis, the Boab Network was formed by a group in the Floreat Uniting Church. After consulting with the community, a program was initiated to engage the children and youth in a range of positive activities during school holidays. From there, the Boab Network’s role has expanded to include a number of different programs to assist the community in achieving its goals of economic independence and social sustainability through the education of its young people.

To walk with an understanding of the feelings of the people of the Mowanjum community.

The Boab Network is run by volunteers of all different ages, backgrounds and beliefs. We have teachers, health and business workers, university students and tradespeople. All of our volunteers bring their own unique skills to our group. We acknowledge the value of diversity within our group and always look to add people whose skills and values are able to support our goals.

The Boab Network is a sub-committee of the Creative Living Centre, a registered not-for-profit Charity with its own constitution and Board which answers to the Council of the Floreat Uniting Church.

Our Board (Creative Living Centre)

The Boab Network is a sub-committee of the Creative Living Centre (CLC) which oversees a number of projects as part of the Floreat Uniting Church’s mission and outreach. The independent board of 12 members meets quarterly and reports to the Floreat Uniting Church Council.  External members are invited onto the board.  Members are encouraged to take on specific roles in each of our programs. 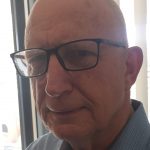 Geoff Schupp is a member of Trinity North Uniting Church where he is currently a member of Church Council and a Pastoral Leader. Geoff retired from business in 2016 and became involved with Boab Network Annual Reward Camp and was co-opted to the Creative Living Centre Board in 2018. Geoff and wife Merle have 3 children and 9 grandchildren and live in Duncraig. 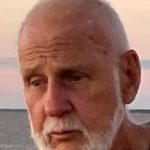 Ross Gobby has had a lifelong interest in working with children and also social justice programs to help others. He is one of the founding members of the Boab Network and since then has focused on activities and programs in Mowanjum and on their traditional lands. He is a retired professional forester with a background in business.

3 Coordinator of the School Holiday Program

John Tyrrell is a semi-retired builder who offers his building skills to the Boab Network and the Mowanjum Community. He has also turned his Irish charm to the more people oriented task of organising and coordinating the school holiday programs and general community liaison. He looks after the maintenance and servicing of the vehicles and his expertise behind the wheel of a bus is highly prized by the Boab Network.